Top Best Things To See And Do in Liechtenstein 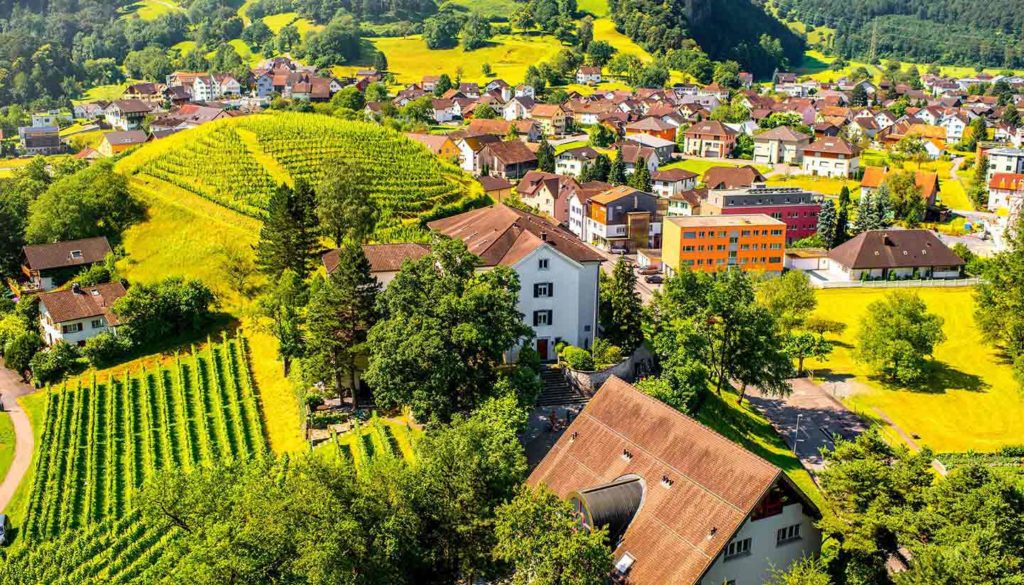 Top Best Things To See And Do in Liechtenstein

Liechtenstein is a tiny, landlocked country located in the heart of Europe sandwiched between Austria and Switzerland. Despite its delicious food, stunning alpine scenery, polite population and excellent hiking trails, Liechtenstein is usually overlooked as a travel destination as its bigger neighbors grab all the attention.

Even though you can’t reach the Principality by plane as there’s no airport, you can get there by train or road. Zurich is the nearest airport and it’s only an hour drive away from Liechtenstein. You can also catch a bus either from Switzerland or Austria.That said, it can be a good idea to rent a car in either of these countries and include Liechtenstein as part of your European road trip. Travelers from abroad, especially from the US, should bear in mind that you’ll need an international drivers’ license as the American one won’t be accepted as it’s not written in German, Italian or French.

The Principality of Liechtenstein is a good country to explore by car as distances are short and you can easily hop on and off to explore on your own. Don’t forget to consider buying an insurance policy for your rental car before arriving in Europe for a safe travel. There are many options available for travelers so it’s just a question of finding one that fits your budget and expectations.

Now that we’ve put Liechtenstein in your travel map, let’s discover the top best attractions that await you there!

Vaduz is the smallest and probably the most picturesque capital in Europe. It’s got an excellent tourist information centre where you’ll find plenty of information to help you get the most out of your visit. Shopping and dining are popular things to do in Vaduz as well as exploring its historic small town, its castle and the many interesting museums.

It’s a bustling city situated along the spectacular Rhine River and surrounded by the thick alpine forest and the majestic Alps. There probably isn’t another European country enveloped in such stunning natural surroundings! It is filled with interesting buildings such as the Red House or Vaduz Cathedral.

Take your time to walk around this quaint city. It may seem that there’s nothing to do here but it’s packed with beautiful surprises and interesting experiences everywhere!

Vaduz Castle is probably the first thing that caught your attention as you arrived in Vaduz. Let’s admit it: with its turrets and towers and set against the jagged mountains, the official residence of the Prince of Liechtenstein is a fairy-tale dream. You can’t see the interiors of the building unless you visit the country on 15th August, Liechtenstein’s National Day, when Vaduz Castle is officially opened to everybody.

The eastern part of the castle is the oldest one while the western part was expanded in the early mid-1600s.

Perched on top of a small hill, it’s a magnificent sight watching over Vaduz. It’s just a 15 to 20-minute hike away from the center of the capital. Along the trail to Vaduz Castle you’ll find lots of information points that will tell you more about the history of the building and of the royal family.

Visit the Treasure Chamber of the Principality of Liechtenstein

The Treasure Chamber of the Principality of Liechtenstein is focused on the country’s rich royal heritage and it’s a must-see attraction. There you can admire artworks and other treasures from the Princely Family’s 400-year-old private collection.

Some of the highlights include: Adulf Goop’s collection of rare bejeweled Easter Eggs including some by Karl Fabergé; superb artworks by Johann Ludwig Bleuler; a large collection of historic weaponry and an interesting collection of moon rocks.

Admire Art at the Kunstmuseum Liechtenstein

For art lovers, a visit to the Kunstmuseum Liechtenstein is a must do. Housed in a black concrete and basalt cuboid on Städte, it showcases many fine examples of modern and contemporary artwork including works by Paul Klee, Ernst Ludwig Kirchner or Joseph Beuys. The exhibitions are well organized and visually attractive and offers a fresh look at the arts scene in the region both in permanent and temporary exhibitions.

It was opened in 2000 and it’s one of the most impressive and distinctive buildings in Vaduz.

Explore the Country’s Past at the Liechtenstein’s National Museum

Liechtenstein’s Landesmuseum or Liechtenstein’s National Museum is an excellent attraction housed in a remarkably well preserved XV-century former inn once visited by the German writer Goethe in the late 1780’s. It’s home to an interesting collection of pieces that tell the story of how the country would have developed. Highlights include a superb 1:10000 scale relief model of the principality, exhibits on the country’s prehistory and early history, displays of weapons, religious art, etc.

From medieval witch trials to the manufacture of false teeth and ornately painted Easter eggs to stuffed Alpine animals, Liechtenstein’s National Museum is a curious and delightful museum that is definitely worth visiting.

Founded in 1930, it has as main attraction the series of postal stamps that the Principality issued since 1912 including the original designs, test prints and needle plates as well as varied postal equipment.

While in Vaduz, Visit the Red House

The Red House is an iconic sighting in Vaduz thanks to its vibrant hue and tower. Painted in a deep red, it probably dates around the XV century and it was probably renovated 300 years later. It was home to Saint Johann Monastery at a time and it’s really interesting to spend some time in the Red House and learn more about its rich history.

The Red House is built on a mountain so it can be easily seen from a distance. It’s a large tower with stairs that belonged to the Vaistlis in the Middle Ages and to the family since the early 1800s. The Red House overlooks one of the most extensive vineyards in Liechtenstein. It’s definitely one of the most Instagrammable locations in Vaduz so get ready to snap plenty of pictures.

The former parish church of St Florin was given the status of cathedral in the late 1990s with the setting up of the Roman Catholic Archdiocese of Vaduz. It’s a stone structure with a 45m-high tower that dates from 1874 and it’s located at the southern end of the pedestrianized zone.

The Cathedral of St Florin is one of Vaduz’s most recognizable landmarks. This neo Gothic religious building stands out because of its beautiful stained glass windows, graceful chandeliers, high-arching ceilings and the interesting bronze statues near the front of the building. Don’t miss the Royal Box inside the cathedral; it’s where the Prince sites when he attends church and the Princely Vault, where members of the Royal Family are buried and that’s located just behind the cathedral.

Visit the Towns of Eschen and Nendeln

Eschen and Nendeln are small towns in Liechtenstein and definitely worth a visit. Nendeln is famous for its ancient foundations of the Roman villa here and also plan to visit the old Schädler Pottery, which is known for being around since 1836. You can find old tiled stoves and some stoneware crockery that is absolutely amazing. The city is surrounded by unspoiled forest, beneath the majestic snow-capped mountains. Its dotted with some small taverns here and there.

Eschen is another gem that lies around the main road that connects the northern and southern part of the country. Eschen Parish Church, The Holy Cross Chapel is probably the most important tourist attraction here. Hiking is also highly popular as well

Walk Over the Old Bridge

The Old Bridge over the Rhine is a famous bridge that connects the municipalities of Vaduz and Sevelen. Built in 1901, the bridge is 135 m long and it’s the only wooden bridge that now arches across the Rhine river.

Only pedestrians and cyclists are allowed to cross the bridge, offering a path into Switzerland from Liechtenstein over squeaky floorboards. With its rustic appearance, the Old Bridge makes a unique border-crossing experience.

Städtle Street is the only pedestrian street in Vaduz. Lined with shops, restaurants and other venues, visitors are invited to take a stroll down this path to soak in the culture of Liechtenstein. There are plenty of statues along the street as well as museums.

St Florin Cathedral is located here, as well as the beautiful government building and the tourist information centre. This is where the Christmas Market takes place yearly!

The Städtle offers a wonderful mix of local cafés, shops and magnificent buildings and statues and boutiques.

With the stunning backdrop of the Alps it’s not surprising at all that Liechtenstein is an attractive skiing destination in Europe. Malbun is the premium ski resort in the country and visitors flock here to have lots of fun in the snow.

Malbun is in an alpine ridge that is close to the stunning Saminatal Valley. Experts say that it has some of the best snow in Europe and that it’s perfect both for skiing and snowboarding. There are trails for people with all levels of ability and an interesting range of activities to enjoy after you hit the slopes.

Its 3 ski lifts take you 2000 meters up the valley to ski and there’s a special area for children with ski runs for children and special lesson programs.